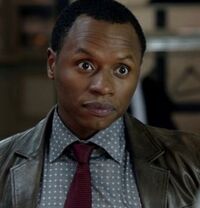 A detective or investigator is an investigator, either a member of a police agency or a private person. The latter may be known as private investigators or "private eyes". Informally, and primarily in fiction, a detective is any licensed or unlicensed person who solves crimes, including historical crimes, or looks into records. In some police departments, a detective position is not appointed, it is a position achieved by passing a written test after a person completes the requirements for being a police officer. Prospective British police detectives must have completed at least two years as a uniformed officer before applying to join the Criminal Investigation Department. UK Police must also pass the National Investigators' Examination in order to progress on to subsequent stages of the Initial Crime Investigators Development Programme in order to qualify as a Detective.

Community content is available under CC-BY-SA unless otherwise noted.